Raccoons are some of the worst pests to have in your home. They’re notorious for carrying diseases and parasites, including rabies. Your garden will quickly be ruined as they eat your crops and dig holes in search of food. These pests will even destroy your home’s insulation and chew on wires. That’s why you should quickly remove them before they do too much damage.

It’s quite common for raccoons to make their way into people’s attics because female raccoons look for a warm and safe spot to raise their young. That’s why your attic will quickly become home to a family of raccoons if you don’t remove them quickly enough.

Our next step is to remove the raccoon kits. This can be a dangerous task, owing to the fact that the mother might be around, but it’s an important step. After all, you wouldn’t want these small creatures dying in your home thanks to starvation. We usually remove these animals by hand, as it’s quick and safe because of how small they are.

Another reason to remove the raccoon kits first is to use them as bait. We’ll be placing these small animals inside a divided live cage. It’ll prevent them from getting out while providing the mother with a clear view of her children. This activates the female raccoon’s maternal instincts, so she quickly falls into the trap.

Once the female raccoon and her kits are all captured, we work on relocating them. This involves taking them at least five to 7 miles away from your home before releasing them. We do this to prevent the animals from finding their way back to your home.

Sometimes the raccoon isn’t in your attic. It might be wandering outside on your lawn, ripping out your plants, or harming any precious birds you have. We can get rid of them, no matter why you want them gone.

Our first job is always to learn the animal’s behavior. While taking a step back to watch the raccoon may seem like a waste of time, it’s really what helps speed up the rest of our job. This is where we learn about the raccoon’s habitat and its favorite spots.

With this information in mind, we won’t have to make any guesses about the trap placement which makes a big impact on how quickly we catch the raccoon. We’ll be sure to place the trap in low lying, bushy areas near the food source or their den. That way the raccoon will fall into the trap whenever they want to gather some food.

Once we’ve set the trap, we get to work covering it up with leaves and other items. Raccoons are smart creatures, so this helps dull them into a sense of security. We’ll even lure them in with the appropriate bait. With that out of the way, it’s only a matter of time until the raccoon is caught. After which we’ll relocate them, so you’ll never have to see them again.

Get Quote for Your Exclusive Wildlife Inspection Report.®

If you’ve tried to remove a raccoon on your own, you’ve likely spotted dozens of different raccoon repellents. You get told to use mothballs, raccoon eviction fluid, or ammonia. Unfortunately, these methods fail to work and are a waste of time and money.

The only method that’s remotely reliable is the use of the hot sauce. The spiciness does in fact repel raccoons, but it quickly wears off. That means you’ll have to reapply the stuff every day, which will cost you a lot in the long run. That’s why we prefer to stick to trapping methods.

Once we’ve finished removing the raccoons in your home and have successfully relocated them, we start working on preventing future raccoon problems. One of the first things we do is seal up any entries the raccoons were using to get inside your home. Another way to keep the raccoons out is to construct a fence around your home. Finally, there are some good practices we can advise you on. Such as keeping your pet food indoors and sealing the trash can’s lid, so raccoons can’t rummage through it.

Cleaning up after the raccoon has been removed is a vital part of our operations. We’ll help clear out the mess these pests leave behind, and will even disinfect the area. That way you can rest easy knowing there’s no chance of getting sick. Our services even include doing some minor repairs to any insulation and wiring that’s been damaged by the raccoons. 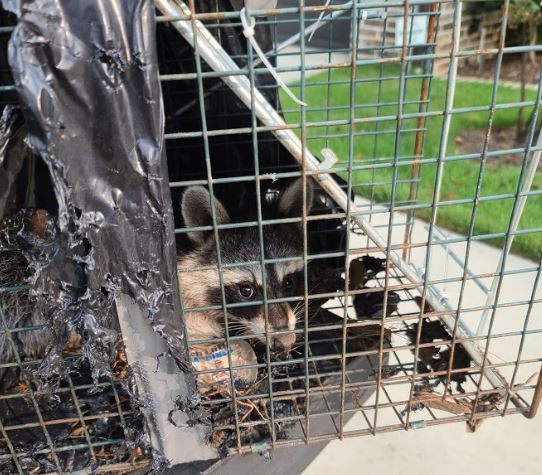 A raccoon can cause plenty of damage to your home and livelihood. That’s why you should call us or get a fast quote to help remove them and to return your life back to normal. Our experts here at Wildlife X Team East Texas have plenty of experience removing raccoons. We also have all the necessary tools and licenses to get the job done quickly, efficiently, and legally. So what are you waiting for? Call us now if you live in the Waco, Temple, or Killeen area and we’ll have your problem fixed in no time.